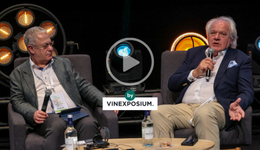 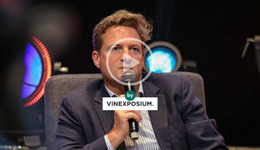 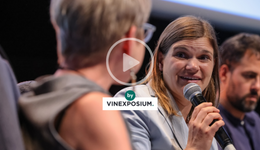 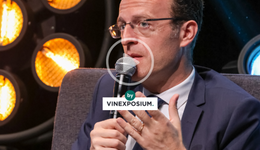 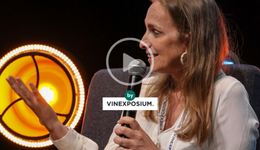 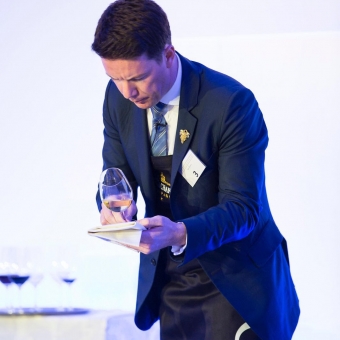 After working in prestigious gourmet food institutions in Greece (his home country) and the United Kingdom, Terry Kandylis joined Club 67 Pall Mall as head sommelier. The first private club for wines from around the world, it opened in 2015 and offers members an incredible choice of 750 wines by the glass and more than 4,000 bottles from 42 countries. Labels range from the great icons to discoveries made during wine explorations. Terry, who has been awarded Best Sommelier titles in Greece and the United Kingdom, gives us his impressions of the expectations and trends in the English market.

Gabrielle Vizzavona: Are British consumers more drawn to the grape variety or to the wine region when picking a wine?

Terry Kandylis: British consumers are very traditional in their approach and value certain wine regions more than others, sometimes without even understanding why. For instance, they enjoy wines from Sancerre and Chablis for their incisive style, despite the fact that a large percentage of them are unaware that these wines are made from Sauvignon Blanc and Chardonnay, varieties they say they dislike! More generally, entry-level wines tend to focus on the grape variety rather than the region, with New World wines taking the lion’s share when it comes to pub wine lists and low-priced restaurants. For Bordeaux and Burgundy enthusiasts, variety has no impact. The attraction will come from the ‘prestige’ or branding of the estate and its market value.

London is a Mecca for wine and you can find almost anything you want here. The fact that the UK doesn’t produce large enough volumes of wine to cover domestic demand, means that the Brits import wines from around the globe. They really want to educate themselves. We shouldn’t forget that a majority of the most prestigious wine courses are English.

GV: Are you already feeling changes in the wine trade caused by Brexit?

TK: Brexit has already had a huge impact on the hospitality industry, with many restaurants and hotels short of front of house staff and sommeliers. Many Europeans have either already left the country or don’t want to take a chance and come and work here anymore. And unfortunately, the sommelier profession doesn’t appeal to many native English people. The other effect is the rising price of imports, as the Pound is very weak at the moment, with many importers raising their portfolio prices by up to 20%.

GV:Which wine categories have been gaining market shares in the UK market in recent years?

TK: While 'natural' wines have grown significantly over the past few years, their market centres on young demographics and certain venues, with East London the primary target. Rosé has been growing market share over the last 2-3 years and the same can be said about English sparkling wine.

GV: Which grape varieties and wine regions are popular in the UK?

TK: Many female consumers enjoy Argentinian Malbec when it comes to red. The same is true of Pinot Noir which is enjoying its heyday. For whites, is has been fascinating to witness the growth of Grûner Veltliner and Albarino over the last 5 years. Both have established a ‘brand’ name with their crisp, fruity and easy drinking character. Chenin Blanc from the Loire Valley, the Beaujolais crus, the Canary Islands and areas of Spain that were forgotten for years, like Bierzo, Ribeira Sacra and Sierra de Gredos are becoming more trendy, with sommeliers leading the movement. Most of us are acid freaks, hence we like Riesling, Chenin, Gamay & wines from Jura, to name a few. Greek wines are also gaining traction as well as the wines of Georgia.

GV: What are the criteria when selecting a wine for the club’s list?

TK: I look at many factors including the typicity of the variety or the region; the drinkability factor (meaning that we want to offer wines that are ready to drink); uniqueness; story and value. As I always say to our team, patrons are interested in the story. The wine world has changed dramatically over the last decade. I remember that at the beginning of my career, it was quite hard to convince clients to try anything but the classics or the well-known wines. Now, I have clients asking me for Assyrtiko and they don’t even know I am Greek! Wine consumers are much more open to suggestions, they want to discover new things and think outside the box.

GV: What do you look for when you visit a trade show like Wine Paris?

TK: Networking is really important, so I look to connect with people that I know or to get to know producers that I haven't managed to meet in person yet. Also, it is a perfect time to discover new gems that are worth adding to the list, even wines that are not yet imported into the UK. 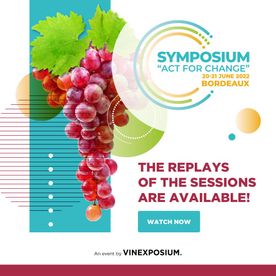